The historic Hat Ranch outside of Williams has a long and storied past—FDR planned his political future there, Arabian horses roamed the land as part of the country’s largest purebred horse training operation, it was 16-year-old George W. Bush’s first job, and, long before environmental conservation became an important national topic, the Southwest’s movers and shakers gathered in its buildings to discuss water conservation, population growth and the ecological diversity of the Colorado Plateau.

Today, a donation by Theodore Roosevelt’s great-granddaughter places the 300-acre ranch into the care of Northern Arizona University, adding yet another chapter to its history and creating unparalleled educational and research opportunities in ecology, conservation, astronomy and sustainability.

Philanthropist (and TR’s great-granddaughter) Joanna Sturm is providing the financial gift, allowing NAU to buy the Hat Ranch from owner Kristie Miller; both Sturm and Miller want to see a continuation of the 200-year-old ranch’s legacy of education and conservation. Miller inherited the ranch from her mother, Bazy Tankersley, a newspaperwoman who bred and trained Arabians, while Sturm has done significant work in conservation, science and education and is a longtime supporter of the Grand Canyon Trust and its mission to preserve and protect the Colorado Plateau.

“Kristie and I are pleased that it will be a place for learning and research for future generations,” Sturm said. “NAU’s commitment to sustainability and research makes the university the perfect land managers to ensure the ranch continues to have a positive impact.”

“We are so thankful to Joanna Sturm and Kristie Miller for entrusting us with this property, which will enhance NAU’s ability to offer our students and researchers an opportunity to explore and understand this historic rural ranch land and its connections to the Colorado Plateau,” NAU President Rita Hartung Cheng said.  “NAU’s vision supports the goals of this gift—to foster innovative, science-based solutions for climate change adaptation, restoration of degraded lands and sustainable recreation through place-based teaching and learning, research and collaboration.” 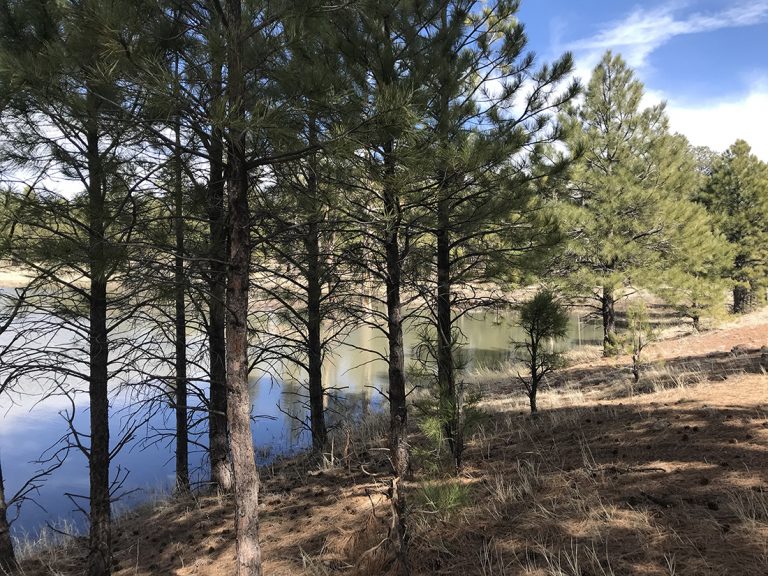 The ranch was historically known as the Quarter Circle XX Ranch, named for the brand, which is still visible on some of the older buildings. Over the years, Tankersley traded chunks of ranchland to the Forest Service or Bureau of Land Management so the Hat Ranch would be a single continuous plot. She also gave the Grand Canyon Trust a conservation easement, which is how executive director Ethan Aumack got involved with the ranch. He said he wanted to be involved in its future to ensure it continued to fulfill its historic mission. So when that time came, Sturm approached Aumack about the potential of purchasing the ranch from Miller and donating it, and Aumack connected her with NAU.

“The Hat Ranch is an ecological jewel,” Aumack said. “We have been so honored to partner in its stewardship with a family that has held and loved the property for decades, and we look forward to a similar partnership with NAU into the future. The university’s ownership and management of the property will allow it to care for the land and educate and inspire students to do the same.”

The NAU Foundation team worked closely with Sturm, Miller and Aumack to ensure the gift supports their conservation goals and ensuring that commercial development and large-scale cattle grazing will not be permitted on the Hat Ranch property.

“Joanna Sturm’s extraordinary gift will help NAU create sustainable solutions and drive forward innovation on the Colorado Plateau,” said Michael Bassoff, vice president of advancement and executive director of the NAU Foundation. “The NAU Foundation is proud to partner with Joanna to make an impact that will be realized for generations.”

Longtime friends Miller and Sturm go back to early days on the Hat Ranch. Sturm brought her 1-year-old daughter Alice to the Hat Ranch to learn to ride, and they returned every year to ride and play and spend time with their family friends. Bazy Tankersley—known as Mrs. T on the ranch—bred Arabians in Tucson, and every summer she brought the horses to northern Arizona, where it was cooler, to allow them to run around the land, “learning how to be horses,” Sturm said.

Her mother was interested in more than just training the horses to compete, Miller said. Part of the reason she brought them to the higher elevations was the available endurance training. The horses developed stronger hearts and lungs at the higher altitude.

The Hat Ranch wasn’t just an equine escape. Every summer, Tankersley, who sat on a number of organizational boards, invited other members to the ranch for meetings, offering a respite from the heat and a chance to sit down and discuss issues. Scientists, philanthropists, educators and leaders joined her, and conversation flowed.

“Eventually, that evolved into something she called the Straw Bale Forum, named for the number of buildings she built using the straw bale architecture of the West,” Miller said. “She began to assign topics for these meetings largely around conservation issues, especially water conservation. She did that every year for many years.”

The ranch has been in her family for decades; Miller was in her 30s and living in Africa when her mother bought the Hat Ranch. The first time she came to visit, she was startled by a picture of Franklin D. Roosevelt hanging up in a ranch owned by a longtime Republican family.

The answer is part of the ranch’s history. In 1932, when FDR was running for president, he came to the Hat Ranch for a meeting of Arizona politicians and to help then-owner Isabella Greenway in her successful campaign to be the first woman elected to Congress from Arizona. The connection with the Roosevelts continued as Eleanor Roosevelt’s two sons worked as cowhands on the ranch and one summer were joined by a Rockefeller son.

Isabella’s son, Jack, also gave a job to the son of another famous family friend.

From politics to horses, the legacy of the Hat Ranch is one of education and conservation. But, Miller said, it never quite reached the level her mother wanted it to.

“Her one failure, as she saw it, was she always wanted it to be used for school,” Miller said. “She tried to get a school in Tucson, which she helped found, to have summer programs or vacation programs up there, but they would never do it. That was a real disappointment for her.”

Knowing that was her mother’s goal makes this new chapter for the ranch even sweeter.

“I believe she would be so happy that it is finally now going to be used by a school.”

NAU currently manages 50,000 acres of forest and grassland through the Centennial Forest, as well as 10 gardens within the Southwest Experimental Garden Array and Merriam-Powell Research Station in partnership with the Arboretum at Flagstaff. 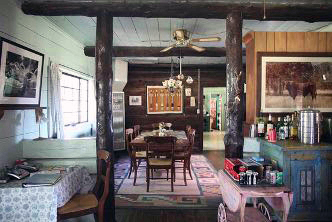 Though specific programming has yet to be finalized for the Hat Ranch property, several departments and professors have proposed research and hands-on experiences for NAU students at the ranch. It has the potential to offer research opportunities in climate science, forest health, ecosystem restoration, recreation management, soil management, hydrology, astronomy and socioecology.

This land is unique because it is a transition zone between piñon/juniper and ponderosa pine ecosystems and has a dynamic ecosystem where species are visibly shifting and responding to global environmental change. It also has a long history of human use and transformation from the pre-Columbian times to the present.

“The learning opportunities for students at the Hat Ranch are just incredible,” said Jason Wilder, dean of the College of the Environment,…