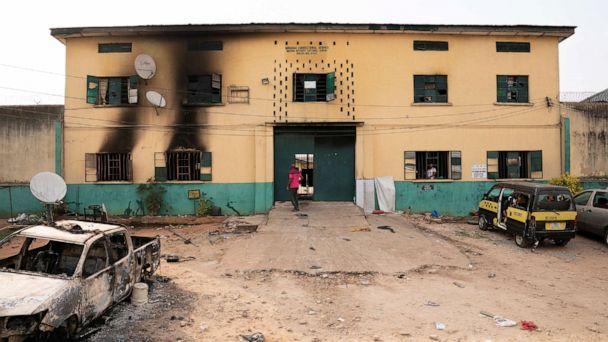 Amid mounting insecurity challenges, the Federal Government appears to have yet another bout of headache to contend with. The nation’s correctional facilities frequently come under violent attacks leading to jailbreaks and attempted jailbreaks even though billions of naira is budgeted on security and running of various custodial centres.

Many are of the view that these jailbreaks may worsen if strict action is not taken and this could add to the security challenges facing the country as some hardened criminals team up with kidnapping, terrorist and other criminal gangs. Currently, not less than 3,000 escaped inmates are already on the loose.

Tasked with the administration of prisons and other non-custodial measures in the country, the Nigeria Correctional Service (NCoS), formerly known as the Nigeria Prisons Service (NPS), has continued to remain in the limelight as one of the most controversial government agencies in recent times due to the growing trend in jailbreaks.

Even though huge budgetary allocations have been made and billions have been spent by the agency, the situation and plight of Nigerian inmates has continued to remain a topic of discussion as almost all the custodial centres are overcrowded, poorly ventilated and unsanitised with dilapidated structures, while the inmates are poorly fed.

Nine months ago, the House of Representatives expressed displeasure at the state of the custodial centres and made attempt to probe a N613,462,338,602 allocated to the agency in the last 10 years (2010-2019), noting that the Federal Government is spending N17 billion every year to feed inmates in 244 correctional centres but inmates still live in unconducive environment, a situation they said amounts to the violation of their human rights.

Available statistics show that the current administration has so far made the highest allocations to the prison sector in the history of the agency, but the impact is yet to show as the constant challenge of overcrowding persists.

The attacks on the custodial centre in Owerri and Benin have raised security concerns in many quarters as to how fortified custodial facilities in the country are, especially with the foiled jailbreak at Kurmawa custodial centre in Kano just weeks after the Owerri attack.

About two weeks ago, another jailbreak attempt was prevented in Bauchi State custodial centre, adduced to restiveness of the inmates. The attempt also involved an officer of the prison reported to have been under investigation.

The attempt is believed to have been triggered by a ban preventing the over 900 inmates from having visitors, causing a disconnection of inmates from their loved ones. This led to a demonstration where two officers and many inmates were injured.

Observers say the situation across the country is such that inmates have become more restless, resulting in frequent jailbreak attempts and many wonder how much outside help prisoners are able to garner despite being locked up in any of the prisons (security prisons, juvenile/minor’s correctional facility, female only prisons, psychiatric prisons or military prisons). 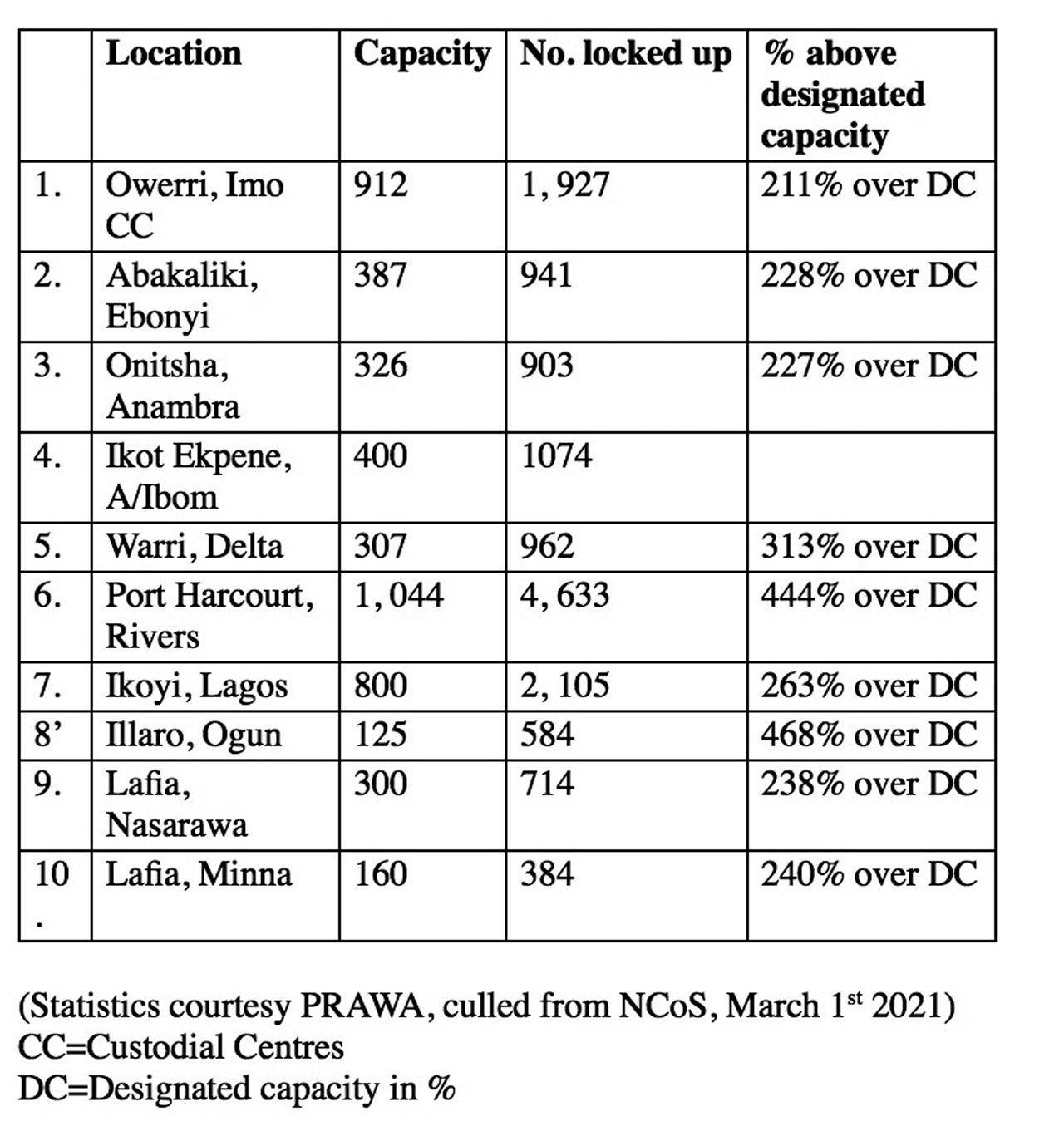 Executive Director of Prisoners Rehabilitation and Welfare Action (PRAWA), Dr. Uju Agomoh, said jailbreaks in Nigeria is indicative of the high level of insecurity in the country and underscores the need for more investment in justice security and development.

According to her, “when inmates break out of custodial centres before their due dates of release, the risk of recidivism (going back to committing more offences), is very high. In addition, jailbreak creates fear and leaves members of the society in perpetual anxiety.”

She said poor security architecture of custodial centres and the absence of monitoring devices, makes them susceptible to sabotage and attacks.

According to the authorities, custodial centres are reformation grounds for those convicted of an offence to spend some time in isolation and ponder over their actions and change for the better by following a defined and planned routine before they are sent back to reintegrate into the society.

But it appears the much-talked about prison reforms of the government have continued to elude the nation in the face of poor state of custodial centres, overcrowding, largely due to the huge number of inmates awaiting trial and slow pace in justice delivery.

For instance, Owerri prison, which suffered a breach on April 12, was initially designed to accommodate 500 inmates, but housed 1,844 inmates, both those serving their jail terms and those awaiting trial before the break.

There have been reports of inmates spending as much as 27 years in prison, awaiting trial. Some of whom, never saw justice while others were given state pardon after spending decades in prison.

MEANWHILE, many of the fleeing inmates (about 1600), are still at large despite prison authorities releasing their passports to the general public seeking information regarding their whereabouts.

At Oko custodial centre and Benin prison in Edo, while some of the reported 1,835 escaped inmates were re-arrested and some returned voluntarily (total of 141), about 1,797 others are still at large. Giving a breakdown of the escapees, the PRO of the Nigeria Correctional Service (NCoS), Edo command, Aminu Suleiman, said: “The total number of inmates in the two facilities as of the time of jailbreak were 1,993.

However, 1,835 were reported to be at large after headcount was made. Those that came back on their own and those recaptured are 141 inmates. Over 1600 are still at large.”

While the #EndSARS protest raged, hoodlums under the guise of protesters stormed another custodial centre in Okitipupa, Ondo State, releasing 58 inmates. In the same period, a jailbreak was frustrated in Lagos Ikoyi custodial centre.

In Ilorin, Kwara State capital, investigations revealed that the two custodial centres at Oke Kura, built in 1914, are expectedly ancient but still have strong, solid fence with an imposing entrance gates but are all overcrowded. The capacity of ‘Mandala’ Prison is about 115 persons but at present, over 500 inmates are accommodated there.

A source said: “Our weapons are obsolete, and when those attacking from outside have superior fire power, our officers will have no other option than to give way to reduce the casualty toll. We need to also note that even though we sometimes beckon on our sister organisations for help when overwhelmed, the truth is that the Federal Government had for long neglected the paramilitary arms but concentrated more on the military.”

In Abia State, prison officials have called on the state government to assist them with operational logistics. State Comptroller of NCoS, Mr Julius Ezugwu, said the state needs more support in terms of logistics.

The Guardian checks show that the three correctional centers in Abia house a total of 1,536 inmates, out of which only 120 were convicted and are serving their terms while 1,416 are awaiting trial.

In Taraba State, residents of some communities hosting the correctional centres said they now live in fear of jailbreaks and attacks because many of the prisons are congested and not well secured.

Alhaji Aminu Ali, who could not fathomed why the relevant authorities have been dragging their feet “in this matter” said “we have long been calling for the…