“MAB Fabrication continues the trend of metals and manufacturing companies creating jobs in Kentucky as our economy roars back from this pandemic,” Gov. Beshear said. “This company is a welcome addition to the Northern Kentucky business community, and I hope to see its presence grow in our state for years to come. Thank you to the leaders of MAB for this commitment to the workforce in Boone County and the surrounding region.”

MAB leaders plan to locate in an existing 165,000-square-foot facility on Beaver Road in Walton. The project comes with MAB’s continued growth as the company looks to increase its manufacturing footprint and better serve customers throughout the U.S.

“We are looking forward to our move to Walton, Kentucky,” said Tim Bischel, president of MAB Fabrication. “The relocation and new facility will allow us to meet our growth goals.”

Founded in 2014 and headquartered in Harrison, Ohio, MAB is a custom steel fabricator that manufactures awnings for greenhouses, garden centers and big-box stores, among other establishments.

Last week, Gov. Beshear announced Kentucky’s metals industry in 2021 alone has contributed to $870 million in new investment and over 1,500 jobs for Kentucky residents. Currently, the Commonwealth is home to over 230 metals-related facilities that employ approximately 25,000 Kentuckians.

MAB Fabrication’s investment and planned job creation continues a recent wave of economic momentum in the Commonwealth as the state builds back stronger following the effects of the pandemic. 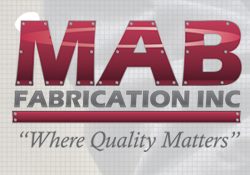 “Boone County is pleased to welcome MAB Fabrication and the new manufacturing jobs it is bringing to the City of Walton,” Judge/Executive Moore said. “I congratulate Tim Bischel, president and co-founder, on the company’s growth and success.”

Walton Mayor Gabe Brown said he appreciates the company’s decision to locate in the City of Walton.

“MAB Fabrication is the type of company we want to attract to Walton,” Mayor Brown said. “Our community is ideally located with good highway access and a strong workforce for advanced manufacturers.”

Lee Crume, president and CEO of Northern Kentucky Tri-ED, noted that the company is joining a strong manufacturing community in the region.

“We’re happy we were able to work with MAB Fabrication to identify a larger facility that will accommodate their growth while retaining the company and jobs in the Cincinnati region,” Crume said. “Manufacturing is a strong sector in Northern Kentucky, and MAB Fabrication is a complement to our existing base.” 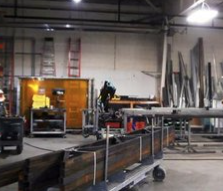 To encourage the investment and job growth in the community, the Kentucky Economic Development Finance Authority (KEDFA) in May preliminarily approved a 10-year incentive agreement with the company under the Kentucky Business Investment program. The performance-based agreement can provide up to $250,000 in tax incentives based on the company’s investment of $6.9 million and annual targets of:

• Creation and maintenance of 24 Kentucky-resident, full-time jobs across 10 years; and

• Paying an average hourly wage of $25 including benefits across those jobs.

By meeting its annual targets over the agreement term, the company can be eligible to keep a portion of the new tax revenue it generates. The company may claim eligible incentives against its income tax liability and/or wage assessments.