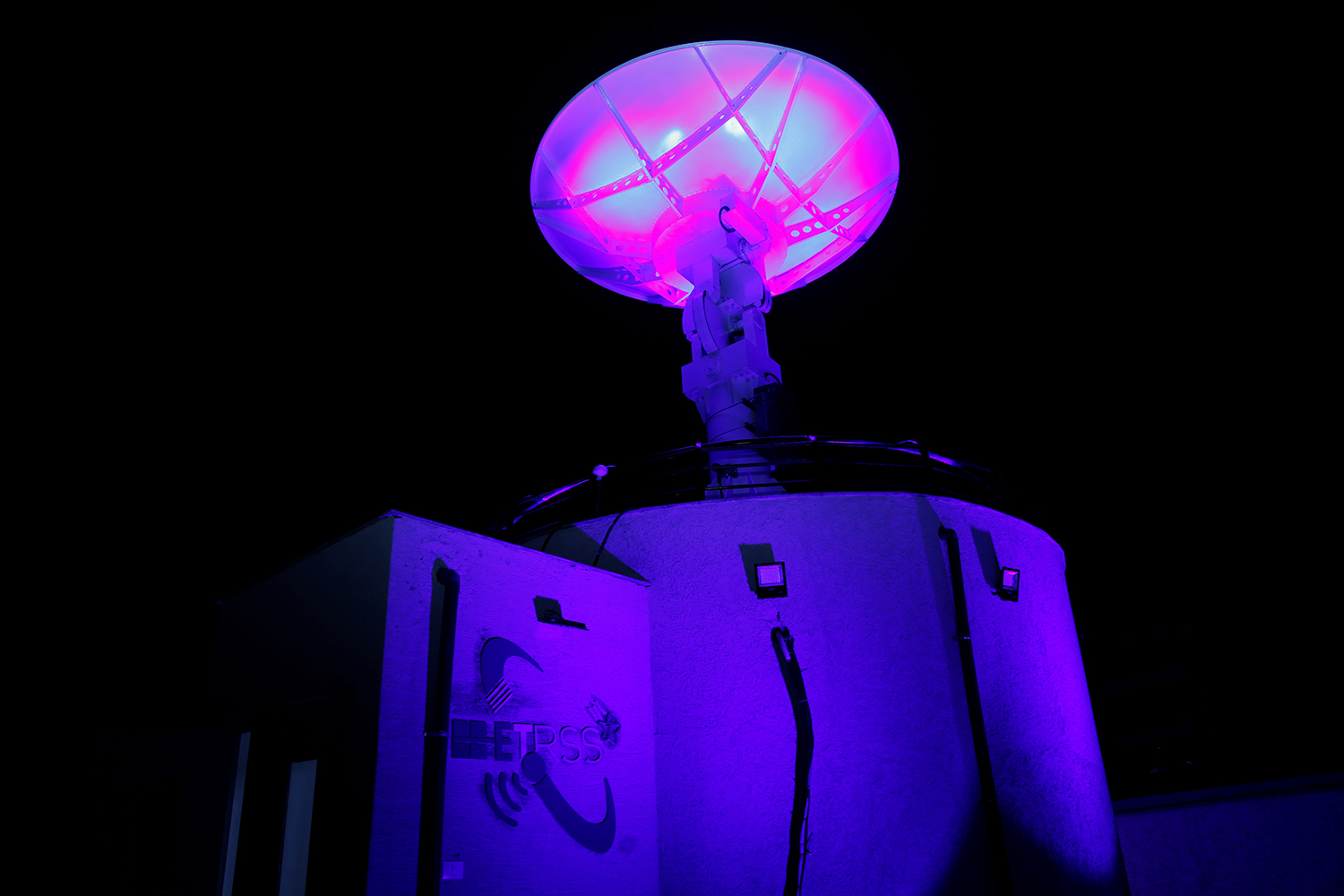 If we didn’t know already, the COVID-19 pandemic has driven home the fact that data is the most important strategic asset of the 21st century. Never has the world depended more on digital data flows as when millions of workers and students switched to remote access and when online retail took the place of shuttered stores. As much as our digital interconnectedness is powering innovation, commerce, and interaction, it is also generating new risks and vulnerabilities. This is because the digital systems on which we all depend—the internet, cloud computing, 5G telecommunications infrastructure—are insecure by design, poorly regulated, prone to abuse, and vulnerable to attack. With billions of new devices and hundreds of millions of people newly connected each year, the so-called attack surface—the myriad ways in which we are exposed via connected devices and ubiquitous services—is expanding exponentially.

Understanding the geography of digitalization, including systemic vulnerabilities across public and private networks and dangerous weaknesses in supply chains, is more important than ever. Doing a better job to map the globe’s ever more pervasive digital networks—the satellites, submarine cables, and cell towers that distribute data and connect people and things to each another—can help identify systemic risks and ways to mitigate them. Our digital footprint in the physical world—from the rare-earth elements that power our electronic devices to the infrastructure that directs each bit and byte—leaves a cartographic impression that can be tracked and mapped on a highly granular scale.

It is easy to forget that the basis of our digital world is physical. The fiber-optic cables, batteries, circuits, and devices that drive digitalization are constituted of minerals. Copper, quartz, silicone, cobalt, lithium, and the rare-earth elements—a family of 17 metals—are used in virtually every electronic device on the planet. Yet most rare-earth production takes place in China, which controls well over 80 percent of the global supply, followed by the United States, Myanmar, and Australia. Against a backdrop of rising demand for these elements, China is trying to secure its dominance over the global supply chain, while other countries are increasingly recycling electronic waste and extracting base materials to reduce their dependence on others. Rising tensions with China have propelled efforts by the United States to shake-up China’s near-monopoly in rare earths and strengthen self-reliance.

Rare earth elements consist of 17 silvery-white heavy metals often found together. In the 1950s, global production was concentrated in Brazil, India, and South Africa. Today, China produces over 80 percent of the global supply. There are close to 800 reported rare earth mines and deposits, with most production occurring in places like Inner Mongolia and Western Australia.

The risk of supply chain disruptions, including in the mining, processing, and shipping of rare earths, is very real. For example, China has imposed restrictions on its supplies in the past, including to Japan, which drove up global prices for a range of manufactured technologies. Japan has since expanded its strategic stockpile. Hacking and ransomware threats to production and processing facilities are also rising. Meanwhile, the mining of rare earths is wreaking ecological havoc. While rare earths are actually quite abundant, their extraction and separation are expensive and environmentally destructive. China has steadily expanded production both at home and in Africa, where it is less encumbered by environmental and labor regulations. Chinese-run mines have generated massive leaching pools of ammonium sulfate and ammonium chloride, contaminating water supplies and cropland.

Many of the systems powering the planet’s digital networks are not on Earth but in space. The first satellites were launched in the 1950s, and today there are over 6,000 of them orbiting the planet, of which more than 2,600 are operational. Some of them generate information on the weather or the Earth’s surface, while more than 1,000 communication satellites facilitate internet, cellular, television, and radio access. A host of satellite constellations in low Earth orbit are offering low-latency internet access from space.

Threats against satellites from nation-states, including the intentional disruption of their signals, are hardly new. Yet there are growing concerns about the expansion of ground- and space-based capacities to spoof, jam, damage, and destroy satellite systems. China, Russia, and the United States are all moving rapidly toward the weaponization of space, mostly with the argument of deterring threats from rivals. Russia and China have tested several satellite-destroying systems—both ground-to-space ones and space-based ones known as “killer satellites.” Satellites are also surprisingly vulnerable to hacking. Meanwhile, satellite images are increasingly exposed to generative adversarial networks that manipulate remote sensing images. Deepfakes, extremely convincing false images and videos, are now a problem in outer space, too.

Digital infrastructure isn’t expanding just in the heavens above but also in the seas below. There are over 420 submarine cables transporting around 95 percent of cross-border data and voice traffic. The first undersea cable was laid in 1858 from Ireland to Canada, allowing users to share a few words an hour. By 1900, there were over 130,000 miles of cable stretching around the world. Fiber optics only appeared in 1988, and today there are more than 700,000 miles of cable transmitting close to 160 terabits per second. With the voracious data transmission needs of cloud computing, large tech companies are driving most new investment in submarine cables. Amazon, Facebook, Google, and Microsoft alone have invested over $20 billion in new cables over the past few years. One of Google’s latest, a submarine cable linking Europe and the United States called Dunant (named after Henry Dunant, the Swiss founder of the Red Cross and first recipient of the Nobel Peace Prize), can transmit a record-breaking 250 terabits per second.

There are at least 426 submarine cables in operation around the world transporting around 95 percent of cross-border data and voice traffic. Their total length is an estimated 1.3 million kilometers, ranging from the 130-kilometer CeltixConnect cable linking Britain and Ireland to the 20,000 kilometer Asia America Gateway cable. 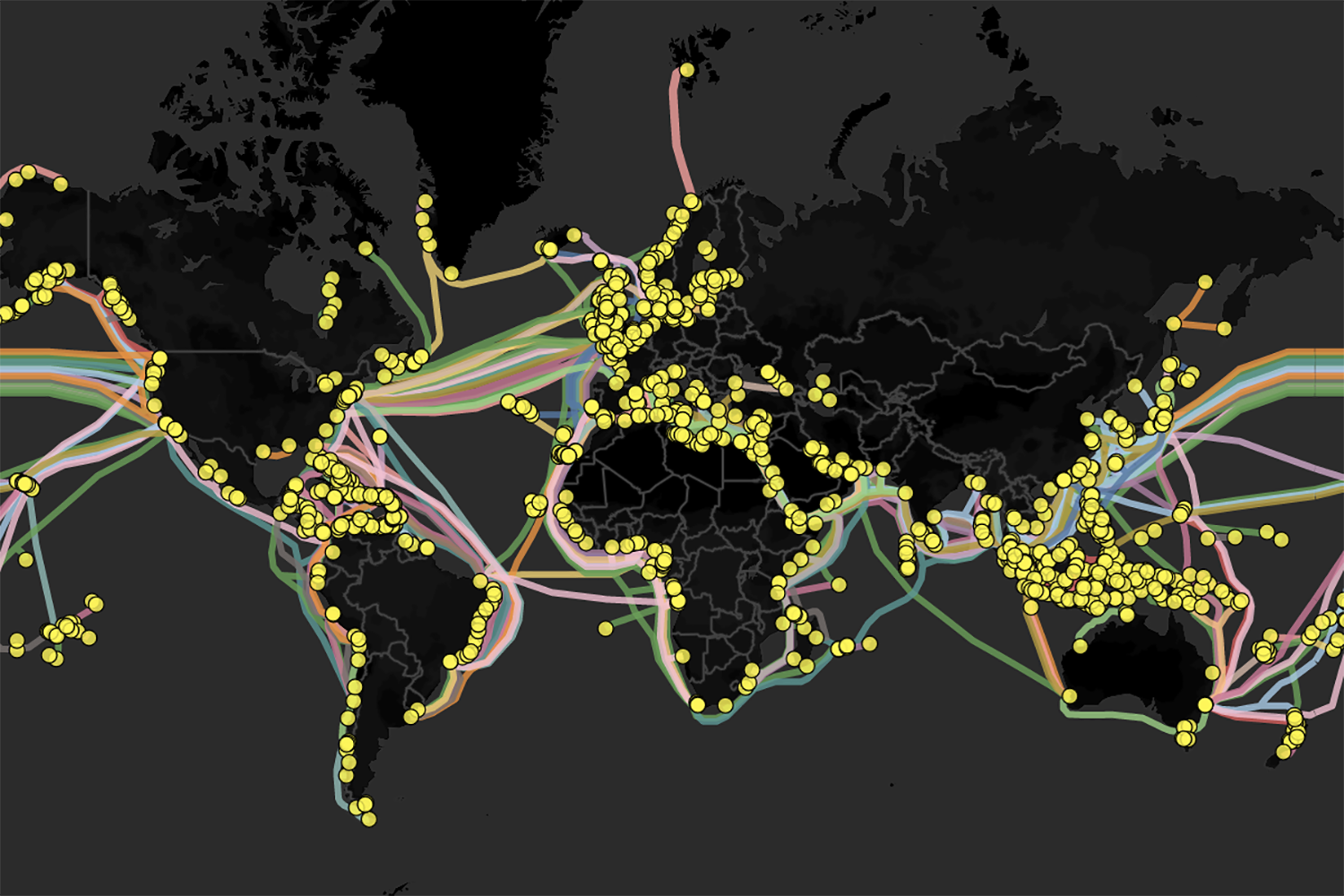 The strategic importance of undersea cables and the operating stations connecting them to terrestrial networks cannot be overstated. They are one of several battlefronts in the ongoing information wars. They can be tapped to gain intelligence, snipped to slow communications, or implanted with backdoors to siphon raw data. China, Russia, and the United States each have the capability to sabotage cables with specially designed spy submarines, for example, a strategic vulnerability that is widely acknowledged among defense experts. There are very few manufacturers with the ability to lay such cables. Huawei Marine Networks, until recently a subsidiary of the Chinese telecommunications giant, has built or repaired almost a quarter of the world’s cables.

Cellphone towers are the nervous system of…