Rep. Dan Newhouse, R-Sunnyside, spent the day in Okanogan County on Friday (May 28), starting off with a tour and meet-and-greet at the North Cascades Smokejumper Base between Winthrop and Twisp.

While there, he talked with smokejumper staff about upgrades to facilities at the airport, learned about new parachutes and got a tour of one of the planes used by smokejumpers.

Though the U.S. Forest Service several years ago considered relocating its smokejumping operations to another Washington location, the base is now set to stay in Winthrop. One reason is the base’s history — it has been in operation since 1939 and according to base manager Daren Belsby was an inspiration for the creation of army paratroopers in World War II.

Another is its central location in fire-prone North Central Washington.

“From this spot we can respond to a pretty huge geographic area,” Newhouse said.

However, that means the base will need continued upgrades to carry it toward its 100th birthday. The buildings are old and in some cases uninsulated, and many are too close to the runway for modern safety standards. The land is owned by the state, but the base is managed by the Forest Service and is hoping for appropriations to make upgrades to its infrastructure.

Newhouse, who is on the House Appropriations Committee, said increased cost of construction supplies is affecting the effort to get money in the federal budget for the base.

In his work in congress, Newhouse also has an eye on forest and wildfire management.

“This time of year we’re looking at a potentially busy fire season,” He said. “… It’s pretty well agreed we need to do more.”

The base has 23 smokejumpers for this summer’s fire season, Belsby said.

Newhouse was scheduled to visit and tour the base to meet crew members and discuss improvements to the base and the upcoming fire season.

He also attended a meeting of local veterans at the Omak Elks Club, met with a Colville Tribal member, toured the Grand Coulee Dam School District and viewed the bridge across the Columbia River below Grand Coulee Dam. He finished the day by crowning the Coulee City Rodeo Queen. 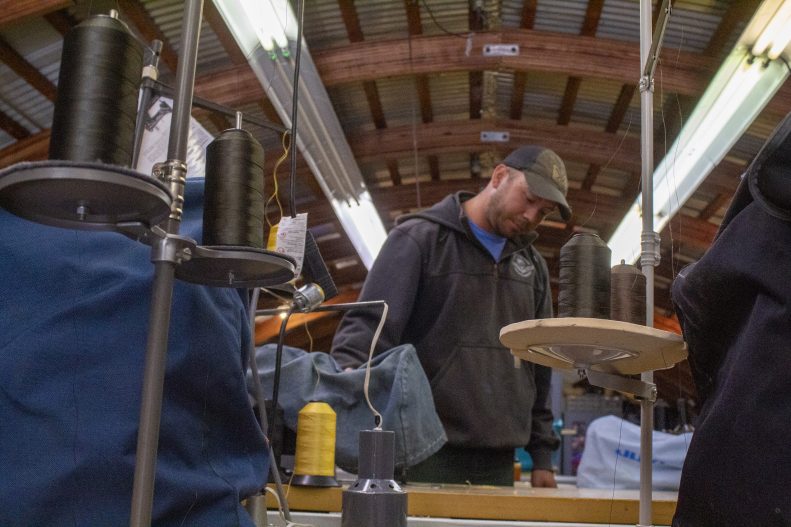 Smokejumper Scott McClanahan gave a brief tour of an area used to repair gear at the North Cascades Smokejumper Base Friday during a visit from Rep. Dan Newhouse.