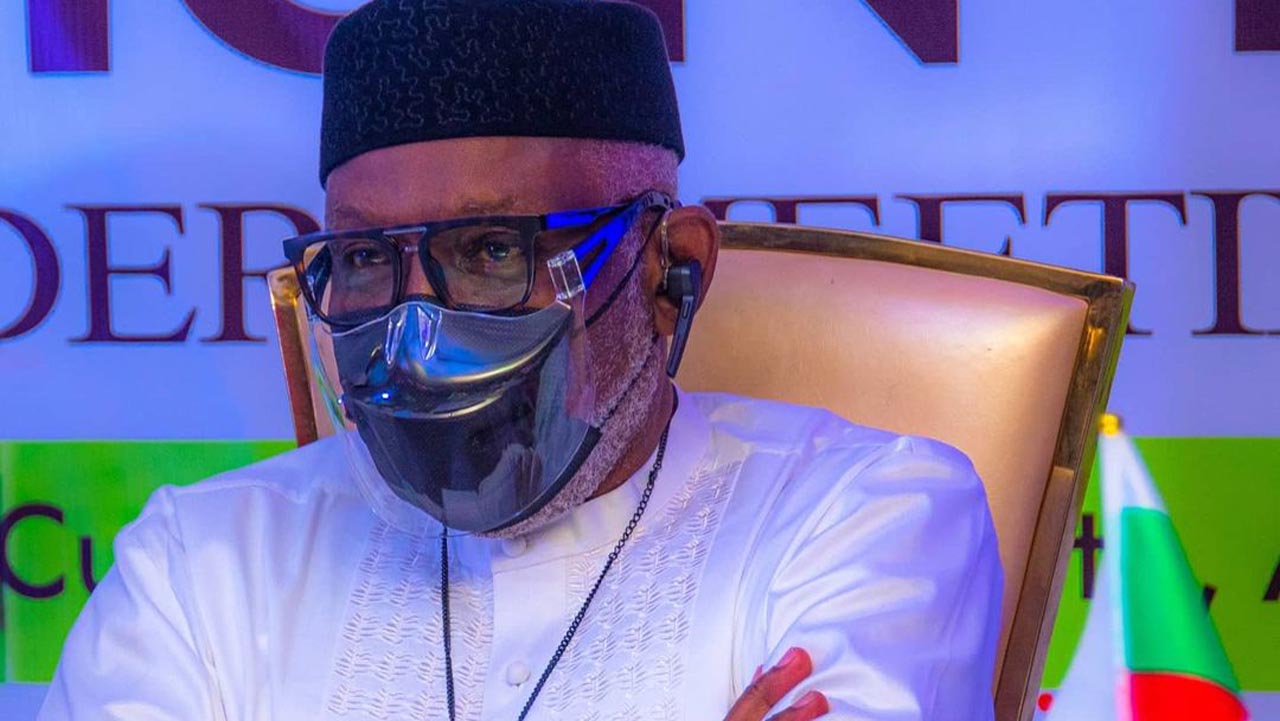 Ondo State Government has explained why the government jettisoned the Governor’s Lodge built by the Dr. Olusegun Mimiko administration and opted for a new one, expected to gulp about N2 billion.

Governor Oluwarotimi Akeredolu recounted that “the old Governor’s Lodge was originally a modest three-room duplex of timber flooring, built for the Colonial District Officers. This historic building went through a lot of modifications, restructuring and renovations since the creation of Ondo State in 1976.”

Akeredolu spoke at weekend at the foundation laying ceremony of the Governor’s Lodge held at the Government House, Akure, as part of the activities to mark his 100 days in office for a second term, explained, “When we came in February 2017, we met the old Governor’s Lodge building, fabrics and furniture in acute dilapidation and utter state of abandonment. Also, the Governor’s Lodge Annex that was built by the immediate past administration, had issues of structural defect.

“Our first reaction to the ugly development was to involve the best of cost-effective steps to put to good use the facilities. In pursuant of this, qualified and experienced building experts were invited to work with our in-house professionals to carry out due diligence and survey on the structures.”

According to him, “the objective of our action was to have a concise report on the adequacy of spaces, snags, building health and cost of remedial works. The report, thereafter, submitted by the experts revealed a humongous cost of putting the old lodge in a befitting status and yet it will not adequately compensate for the value of money to be spent.”

He stressed that in pursuance of his commitment to the REDEEMED agenda and to leave a good legacy, a committee was saddled with a responsibility to construct a befitting lodge for the state government.

“This project was conceived with the best expectations of any Governor’s Lodge you can find in Nigeria. The structure sits on approximately 2,000 square meters of land and measures about 18 meters from the ground floor to the tip of the iconic roof.

“Information Communication Technology (ICT) software and gadgets will be applied in the finishing of this edifice while the entire environment will be adorned with both soft and hard landscape.

“Let me state unequivocally, that this project is another landmark testimony of our commitment to the administration agenda. In the last four years, we have been able to make bold footprints in the building infrastructure sector.”

Despite all the posh and ultramodern facilities for the project in the Governor’s Lodge, he said his administration was working on other laudable projects across all sectors.

Meanwhile, there had been criticisms from some quarters against the decision to abandoned the huge edifice built by his immediate predecessor, Dr. Mimiko, in his second term that spanned from 2013 to 2017.

Though the current administration did not disclose the cost of the new lodge, there have been surmises that the construction would gulp more than N2 billion.

Aside that, he noted that there would be restructuring of the Governor’s Office area within the complex to make for a befitting office for the Governor and his immediate aides.

He also mentioned renovations of TESCOM Headquarters, the Library Board, public buildings across the state, restructuring of VIP chalets, facelift of the State House of Assembly Complex, modern office block for ODBPP and multi-lateral relations agency.

Also, he said there was completion of the Accountant-General Headquarters Complex, the construction of a modern office for the Ondo State Contributory, Health Insurance Scheme is in the pipeline.