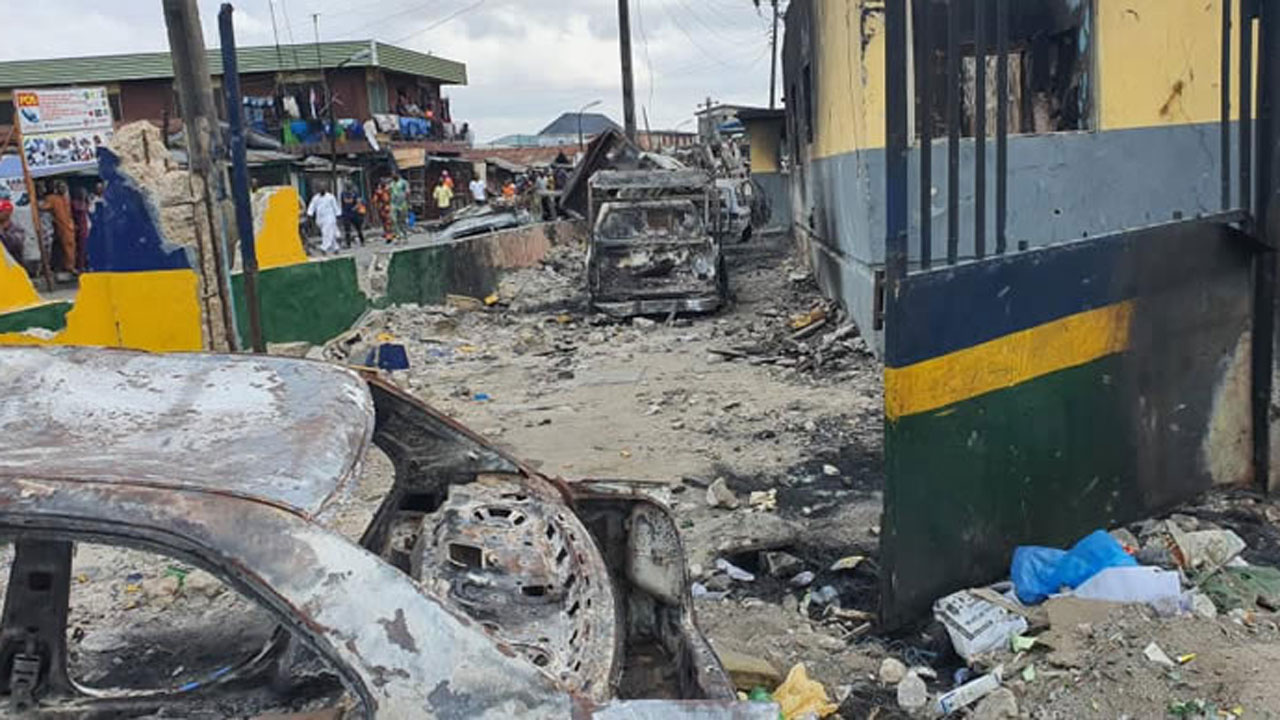 The #EndSARS protest was not restricted to Lagos State, the nation’s commercial nerve centre, it also broke out in several other parts of the country. While Police formations and equipment were worse hit by the destruction spree occasioned by the protest in Lagos, public and private infrastructure and facility took the hit in most States.

In Enugu State, the protest claimed no police station but other social amenities such as shelter bus stands, traffic and streetlights. There was also burning and looting of public offices, which included offices of the Nigeria Immigration Service (NIS), Projects Development Institute (PRODA), National Identity Management Commission (NIMC) as well as Automatic Teller Machines (ATM) of banks, among others. While the state government had rebuilt such public infrastructure like the shelter bus stands and damaged traffic and streetlights and ATMs belonging to banks have also been restored, facilities linked to the federal government have remained in ruins.

However, operations and activities of the Police in the state have not been the same since the end of the protests. While officers have vacated the roads and roadblocks disappeared, the officers are hardly seen, as they operate only in emergencies. Rarely do residents resort to them for settlement of disputes. The near loss of confidence in the force in the state has been compounded by the recent attacks on police facilities by unknown gunmen, who also kill and snatch firearms from them at checkpoints.

Checks by The Guardian further revealed that a good number of officers no longer wear uniforms in public but do so inside their premises while on duty. Security of lives and property has almost become the duty of the vigilante groups whose presence is noticeable on almost every street.

The implication of the “absence” of the police on the streets is the level of disorder among road users who no longer obey traffic rules while driving. At the moment, there is a regulation in the state on the operational hours of tricycles. This law is also violated, as there are no enforcement officials on the streets.

A source close to the state Police Command, however, stated that efforts were on to rebuild confidence and reclaim the public space, adding that, “their withdrawal is part of the strategies to secure our facilities and avoid further bloodshed that might arise from clashes.”

The official, told The Guardian on condition of anonymity that discussions and training have been held to build confidence, adding that, “Just as we were preparing to regain the public space, the unknown gunmen issue began. That to us was something we never envisaged and realising that these people were moving rather dangerously, we need to restrategise to be able to face them.”

He added that sometime last month, more security personnel were drafted to the state to work with the men on ground as a means of motivating them and not giving up the entire space to criminal elements.

To boost officers’ morale, the new Inspector General of Police (IGP), Usman Alkali Baba had recently launched “Operation Restore Peace” in the southeast region. At that event held in Enugu, the police were admonished that they had a duty to protect lives and property and that they should not abdicate their responsibility. Since the launch, however, the Police have not returned to the roads. Though, they have started responding gradually to threats and attacks that earlier cast doubts on their capacity to handle security issues.

A security expert, John Nwosu, however, explained that the police would need a lot of image laundering to be able to regain public confidence after the #EndSARS protests, explaining that, “they will need this because the protests opened several can of worms about the Force”.

He argued: “There were many atrocities that were uncovered during those protests. These things have cast doubts on what the police claim they are doing to protect the people. Now, the people caught them in their acts and laid them bare. So for them to regain their confidence and trust, they need some image laundering.

“The people need to be convinced that their word is their bond; that they are serious in their duties and not a Police Force bedeviled with corruption and all manner of criminal tendencies.”

He added that on the other hand, “what happened during the #EndSARS protest should also strengthen them because it has exposed the bad eggs. The moral lesson is that crimes may go on for a long time, but certainly have an expiring date. So, with image laundering that can convince the people that they have left the past, they will win back people’s confidence.”

IN Abia State, checks revealed that there is no known move to rebuild Police facilities destroyed during the #EndSARS protests and recent attacks for which IPOB and Boko Haram insurgents are being accused. But the incidents are said to be adversely affecting police operations in the state, considering that their offices, and operational logistics including vehicles, among others, were affected.

The Guardian checks with the state Police Command revealed that the echelon of the Police are trying their best to ensure adequate security while waiting on the authorities to do the needful to remedy the scenario.

However, a past Chairman of the Police Community Relations Committee (PCRC) said that the PCRC committee could organise public campaigns to canvass funds to restore the destroyed police facilities. On his part, a security expert, who spoke on condition of anonymity, said that even if any body or group intends to undertake the re-building of the destroyed facilities, it might be too early to make it public.

Reconstruction On-going In Rivers
IN Rivers State, especially in Oyigbo Local Government Area, the destruction was colossal was colossal. Arsonists set ablaze three police stations, allegedly killing three police officers in the process. An armoured tank stationed at the entrance of one of the stations was burnt. Court buildings and other security equipment were also destroyed by the irate youths.

Eight months on, the State Governor, Nyesom Wike is living up to his promise of rebuilding the damaged police stations at Oyigbo. Checks by The Guardian showed that construction works at Oyigbo Command Headquarters are at advance stage. This is just as the Governor has donated some security vehicles to the Command.

Though, the damages affected the operations of officers in the affected areas, some, who spoke with our correspondent in confidence, said they have adjusted and adapted to operating with the situation on hand following the trainings they received before recruitment into the Force. Other officers bemoaned having to operate in makeshift structure and with inadequate equipment. 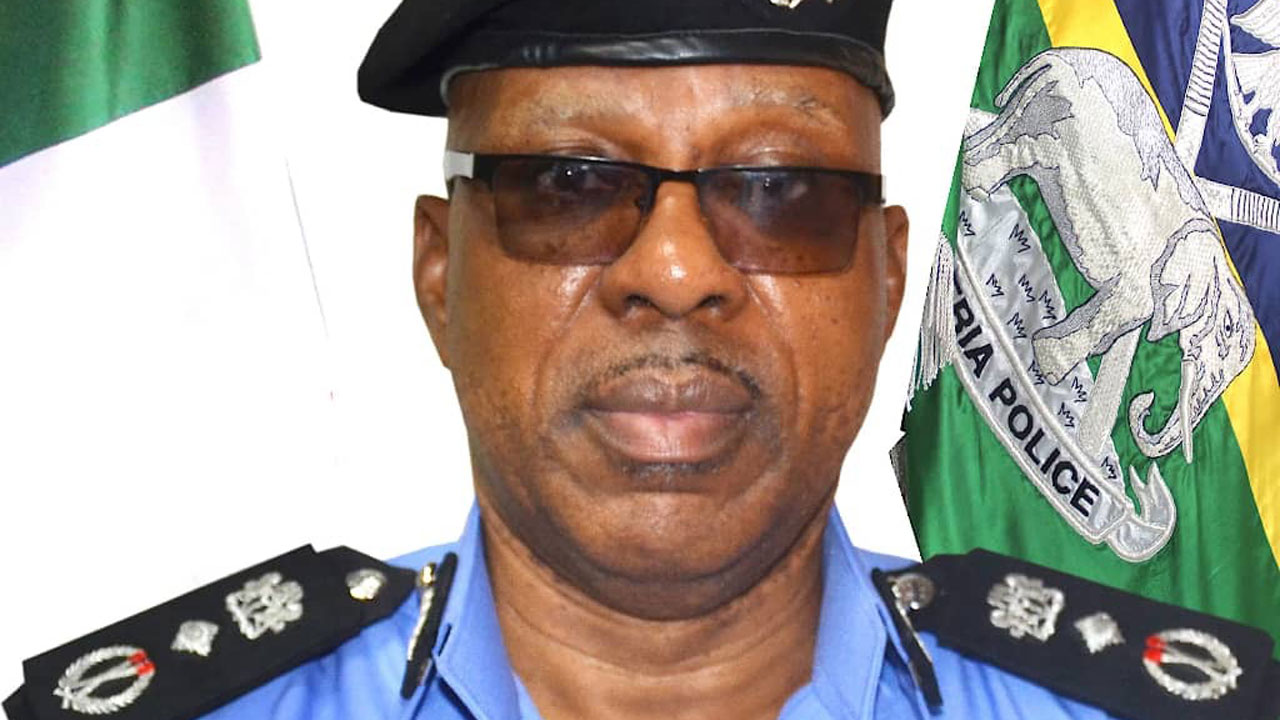 An aftermath of the #EndSARS protests, which The Guardian found out, is one of the efforts by Police to avoid reoccurrence in Rivers State, is its engagement with the people including the youths, civil society organisations, lawyers, media and various stakeholders in town hall meetings. The engagements, it was learnt, are part of strategies to know the minds of the people, their agitations, grievances and expectations from the police force.

In one of the meetings held at Police Officers Mess, Moscow Road, Port Harcourt, The Guardian observed that participants were given ample opportunity to speak while the State Commissioner of Police, Friday Eboka responded to all questions and concerns.

Meanwhile, in an interview with The Guardian, the State police boss confirmed that work is in progress at the police stations destroyed during the protest. According to the CP, in spite of the challenges and destructions, we are still operating. But I am optimistic that few months from now, the on-going reconstruction works will be…