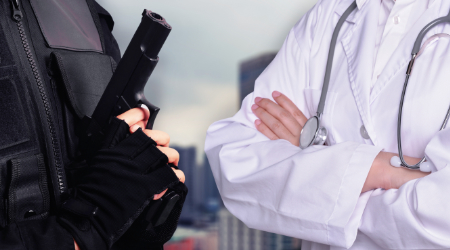 What is the most appropriate role for police in providing security to institutional and commercial facilities? As facilities managers involved in security planning are finding out, there is no single right answer. The issue has particular resonance for healthcare facilities, which in many cases have come to rely on police departments to protect occupants and patients from incidents of workplace violence.

In San Francisco, city health officials have found that law enforcement might not be the best answer for all their security needs at Zuckerberg San Francisco General Hospital (ZSFGH) and other facilities, according to the San Francisco Examiner. The Department of Public Health has released details of a proposal that calls for replacing some sheriff’s deputies who guard its medical facilities with teams of trained mental health professionals.

Read More: SF Hospitals Rethink Use of Police for Security