Check out the May 30 edition of What’s Trending in Aerospace, where editors and contributors for Avionics International bring you some of the latest headlines and updates happening across the global aerospace industry. 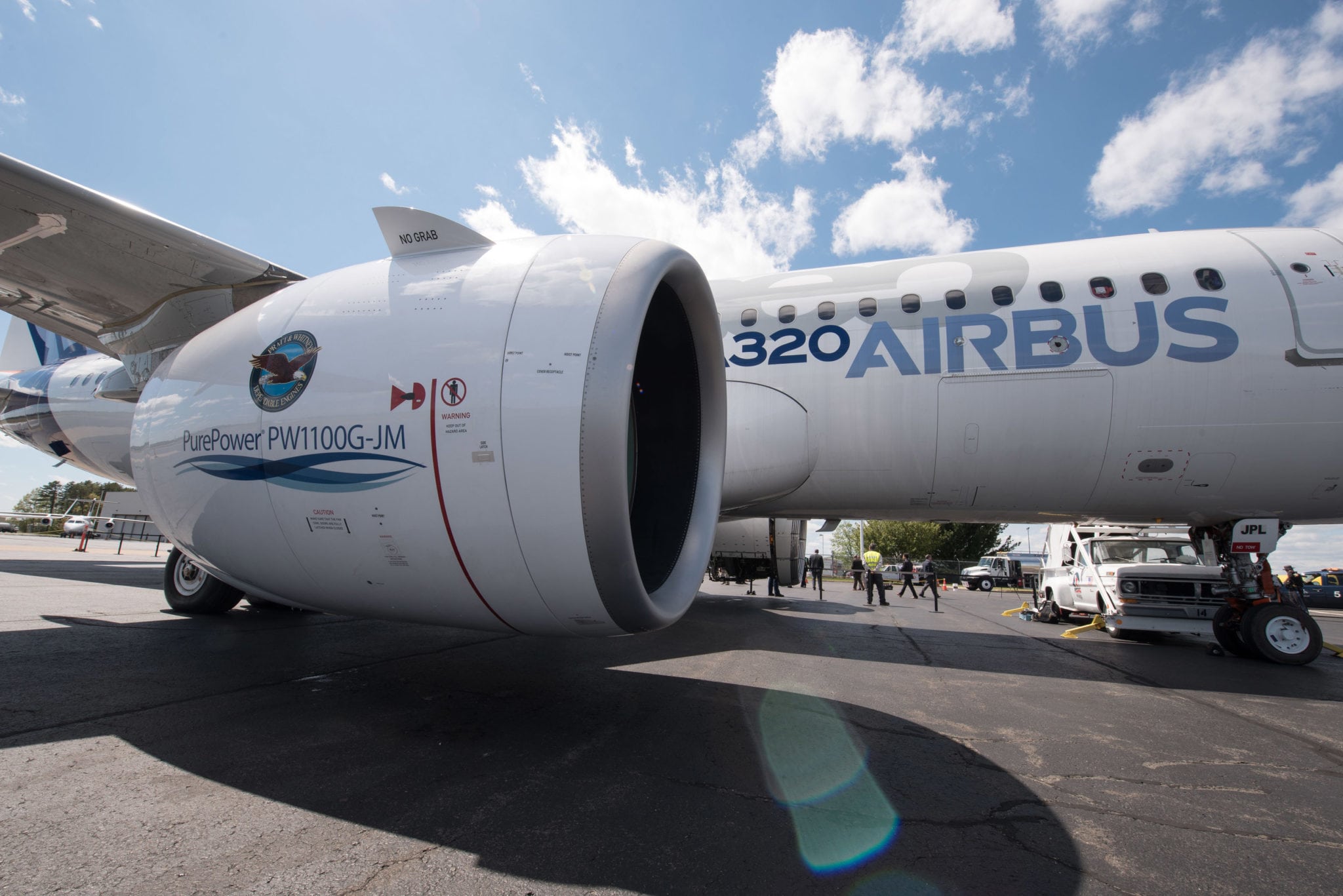 Airbus expects to ramp up its production rate for its A320 family, including the A320neo pictured here. (Airbus)

Airbus provided suppliers with a production update on its aircraft in anticipation that the commercial aircraft market recovery will hit pre-pandemic levels in 2023 and 2025 and be led by the single-aisle segment, according to a May 27 press release.

“The aviation sector is beginning to recover from the COVID-19 crisis,” Guillaume Faury, Airbus CEO, said in a statement. “The message to our supplier community provides visibility to the entire industrial ecosystem to secure the necessary capabilities and be ready when market conditions call for it. In parallel, we are transforming our industrial system by optimizing our aerostructures set-up and modernizing our A320 Family production facilities. All these actions are set in motion to prepare our future.” 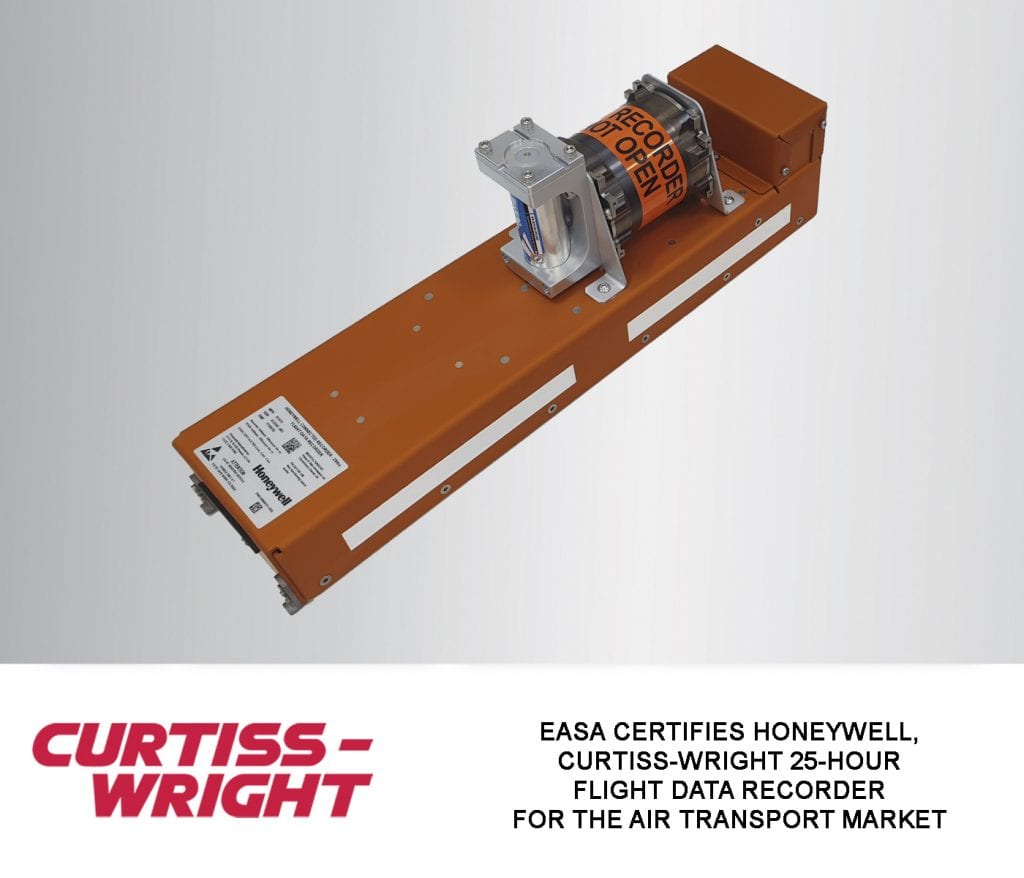 The European Aviation Safety Agency (EASA) certified the 25-hour Flight Data Recorder (FDR), HCR-25, made by Honeywell and Curtiss-Wright for the air transport market, the company announced in a May 26 press release.

“The partnership of Honeywell and Curtiss-Wright continues our shared legacy as pioneers and innovators of crash-protected recorders, with both companies taking leadership roles in providing flight recorders to the industry for over 60 years,” Chris Wiltsey, Senior Vice President and General Manager at Curtiss-Wright Defense Solutions division, said in a statement. “We are proud to work closely with Honeywell to bring extended operation and greater survivability for flight data recorders to the aviation market, enhancing these critical technologies with next-generation features such as real time streaming connectivity and new levels of performance.”

The FDR is based on Curtiss-Wright’s Fortress technology and goes beyond the requirements of each of the International Civil Aviation Organization (ICAO) defined flight recorder types while adding real time data streaming support, according to the release. Certification of the HCR-25 FDR variant follows the EASA TSO certification issued for the HCR-25 cockpit voice recorder (CVR) in January.

“The new regulatory requirement provided a great opportunity to strengthen our recorder technology and provide our customers with solutions that fit their needs,” Amanda King, vice president and general manager of Connected Secure Solutions at Honeywell Aerospace, said in a press statement. “We worked alongside Curtiss-Wright to design and develop a new generation of recorders that leverages our full hardware and software expertise to meet the 25-hour requirement, and identify the right information and make it available to accident investigation agencies when it’s most needed.”

Delta Air Lines is expanding its January order for Viasat in-flight connectivity (IFC) to more than 230 aircraft within its domestic fleet, according to a May 26 press release.

Under this expansion, select aircraft from Delta Air Lines’ Airbus 321neo, Airbus 220-300, Boeing 737-800, Airbus 320ceo and Airbus 319 fleets will be retrofitted with Viasat’s Ka-band satellite technology, according to the release.

“A single Viasat high-capacity Ka-band satellite antenna will power IFC while simultaneously providing live TV access to the seatback screens,” the company said in the release.

This new aircraft award is in addition to the more than 300 Delta aircraft already announced in January 2021.

While the Air Force procurement budget has been billions of dollars more than the service R&D budgets in the past, fiscal 2022 marks the third consecutive year that the Air Force has asked for more in base R&D dollars than base procurement dollars. In fiscal 2022, the U.S. Air Force acquisition request, not including the U.S. Space Force, is $22.9 billion—$5.9 billion less than the R&D request.

The service wants to position itself to face Russia and China while sustaining its capacity for engagements with less technologically advanced potential adversaries.

The Air Force requests more than $1.5 billion for the Next Generation Air Dominance (NGAD) program–a $623 million increase from the fiscal 2021 enacted amount—and more than $2.5 billion for the Northrop Grumman Ground Based Strategic Deterrent (GBSD)—$1.1 billion more than funded in fiscal 2021—to replace the Boeing Minuteman III ICBMs. The service also proposes $3.3 billion for the Northrop Grumman B-21 Raider stealth bomber in fiscal 2022, an increase of $474 million—including $30 million more in R&D to prepare for B-21 initial production, and $3.2 billion in procurement for 14 Boeing KC-46 tankers to bring the total number of planes to 71.

Hurricane Hunters Get a Software Update

The 53rd Weather Reconnaissance Squadron “Hurricane Hunters” aerial reconnaissance weather officer (ARWO) and loadmaster/dropsonde operator stations are getting hardware and software upgrades to increase their capabilities, according to a May 25 release.

“This upgrade on the ARWO pallet and in regards to the hardware, software and development, to include replacing the monitors to keep up with the new information and data processing, are vital to keeping us up-to-date with the weather community,” Tech. Sgt. Michael Gehl, 403rd MXS meteorology technician, said in a statement. “We work hand-in-hand with engineers and developers from the 580th (Software Engineering Squadron) and (Air Force Reserve Command) for testing and developing any of the equipment that the weather community requests.”

The Hurricane Hunters fly a special WC-130J Super Hercules aircraft into storms to gather weather information, according to the release.

“The (Meteorology Equipment Technician) shop is in the middle of a system upgrade, specifically on the ARWO station,” Maj. Tobi Baker, 53rd WRS ARWO, said in a statement. “It’s a major overhaul because the hardware and software that we use is specialized and a lot of the programs and components are made in-house.”

One of the main upgrades is updating the computer operating systems from Windows XP to Windows 10, according to the release.

“To give you a sense of time, the computers on the ARWO pallet were brand new in 2005 and now they’re all being updated to the current technology,” Master Sgt….